School lunches. Too often the words conjure up images of greasy pizza, fruit adrift in sugary syrup, bags of chips and cheesy crackers. Yet studies show that when children eat a healthy meal during the school day, their behavior and even their test scores can improve.

Since 2006, Massachusetts school children have been eating healthier meals through the “Chef in the Schools” program, which sends professional chefs into public schools to teach cafeteria workers how to prepare tasty – and kid-friendly – meals packed with fresh vegetables, whole grains and lean proteins. The chefs also perform cooking demonstrations for children to help them get excited about trying new foods. The program is organized by local nonprofit Project Bread, with funding from Blue Cross Blue Shield of Massachusetts.

“We are exposing them to different food that they might not get on a regular basis," said chef Sam Icklan. "The point is to get them to try out if they like it."

It’s especially important to bring healthy food to low-income students, who receive about half of their daily nutrition from meals and snacks at school. More than 80 percent of students in the schools in the program are eligible for free or reduced -price lunches.

Chefs spend about six weeks working with cafeteria staff, instructing them not only on cooking techniques, but on presenting and marketing food. Many of the meals replace standard cafeteria fare with healthier options. Chicken nuggets are swapped out for baked chicken breasts. Fresh salads, salsas and homemade vegetable soups replace canned vegetables. Fresh oranges and apples are in; canned apple sauce and fruit cocktail are out. And while low fat white milk is available every day, chocolate milk is a special treat offered twice a week. 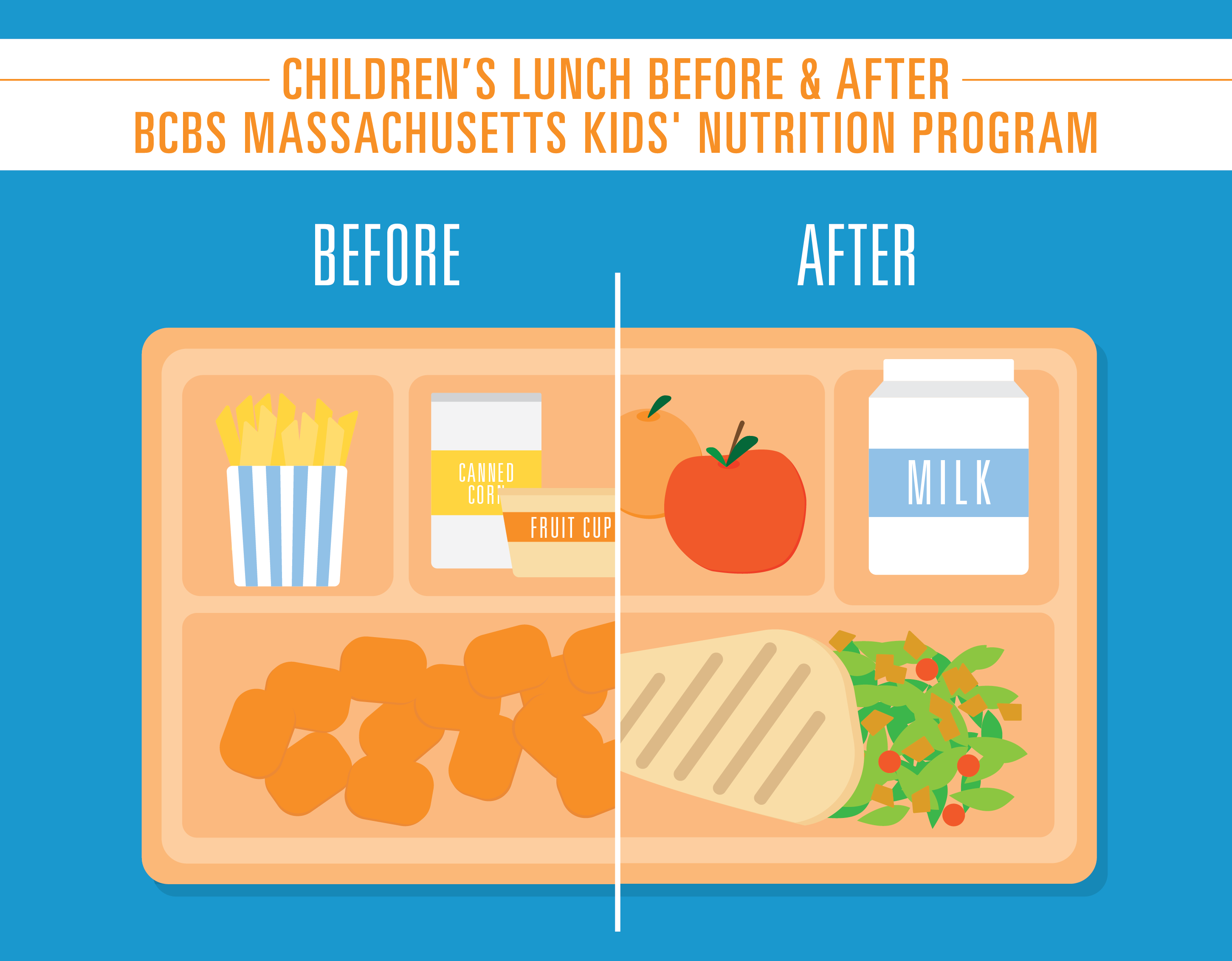 The chefs also try to introduce students to foods they might not have tried before, such as chicken teriyaki or chicken pot pie. Students sample new meals on Mondays, then find them on the cafeteria menu later in the week.

Results are promising. Compared to their peers at other schools, students ate more fruits, vegetables and whole grains after the chef program. They drank plenty of white milk. And they didn’t throw away much more food than before – quieting one of the cafeteria workers’ biggest concerns about the healthier meals.

Parents are impressed that the program has changed their children’s’ eating habits, said Icklan, the chef.

“I will get emails from their parents like, ‘What did you do with the broccoli that made my kid eat it?’”

Spotlight on health: Getting high cholesterol in check