It’s the epidemic that just won’t let go. Opioid addiction and overdose deaths continue to afflict communities in every state. And despite so many efforts to bring the suffering to an end, the problem often seems to get worse. The Centers for Disease Control and Prevention reported recently that emergency room visits for opioid overdoses climbed more than 30 percent between July 2016 and September 2017. Those numbers were already high.

So: what else should we be doing? 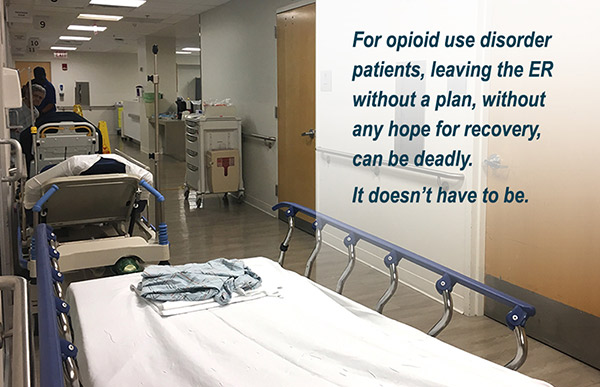 Like a lot of states along the Eastern seaboard, New Jersey has been hit hard by the opioid epidemic. Doctors and nurses in Newark’s emergency rooms see the faces behind this epidemic every day - many of them again and again. As the state’s largest health insurer, Horizon BCBS of New Jersey decided to try something new. They seized an opportunity to make a difference in the moment of crisis, when people with substance use disorder come to the emergency room. Listen to the story of how this innovation helped one man through the darkness of addiction – and back.