The Extreme Cost Variation in Healthcare

Today consumers are seeking to make more decisions on their healthcare needs based on costs and quality considerations. With the growth of consumerism in healthcare allowing people to shop their options, more individuals are learning that medical services and procedures have tremendous, seemingly random variation in costs.

This report analyzed three years of independent Blue Cross and Blue Shield (BCBS) companies’ claims data for typical knee and hip replacement surgeries to further assess cost variations across the U.S. According to the report findings, some hospitals across the U.S. charge tens of thousands of dollars more than others for the same medical procedures, even within the same metropolitan market. The report, which examines these procedures in 64 markets across the country, found that their cost can vary by as much as 313 percent, depending on where the surgeries are performed. The report highlights typical knee and hip replacement procedures because they are among the fastest growing medical treatments in the U.S. A study published in the June 2014 issue of Journal of Bone and Joint Surgery, found that typical knee replacements more than tripled and that typical hip replacements doubled between 1993 and 2009. In 2011 there were 645,062 typical hip replacements and 306,600 typical knee replacements performed in the U.S., according to a report from the American Academy of Orthopaedic Surgeons. 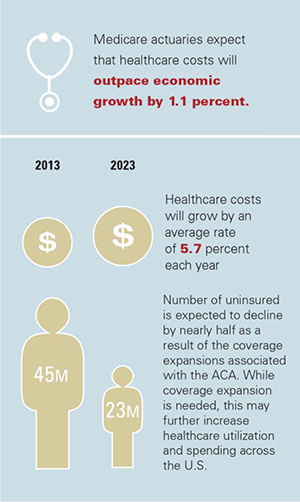 The phenomenon of extreme price variation in healthcare can have obvious financial consequences for individuals and employers. And from a macroeconomic perspective, it can have serious implications for the sustainability of a U.S. healthcare system that is exceeding its economic capacity. National health spending will increase over the next decade, propelled, in part, by the gradual rebound of the economy and the growing numbers of insured under the Affordable Care Act (ACA).1 Medicare’s actuaries expect that through 2023, healthcare costs will grow by an average rate of 5.7 percent each year.2 In addition, the number of uninsured is expected to decline by nearly half from 45 million in 2012 to 23 million in 2023, as a result of the coverage expansions associated with the ACA.3 While coverage expansion is needed, this may further increase healthcare utilization and spending across the U.S.

In order to address healthcare costs and access, it is important that consumers, employers and industry leaders have information on these price variations and are provided the tools to become well informed healthcare shoppers.

This is the first report by Blue Cross Blue Shield, The Health of America Report, a collaboration between the Blue Cross Blue Shield Association (BCBSA) and Blue Health Intelligence (BHI), that will utilize a market-leading medical claims database to uncover key trends and provide insight into healthcare dynamics.

Figure 1: Cost Variation for Knee Replacement Procedures Across the Country

Appendix A contains a list of plotted markets showing the Minimum Cost, Average Cost, Maximum Cost and Percent Differential between the Minimum and Maximum. 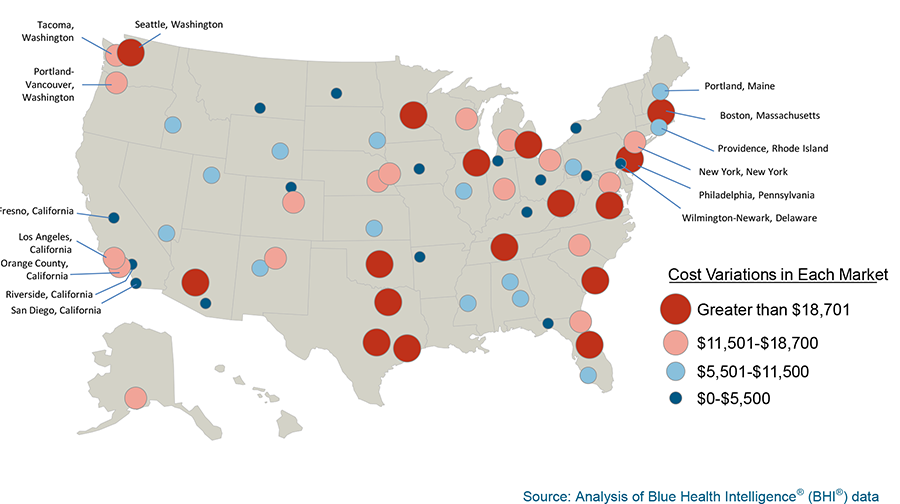 Figure 2: Cost Variation for Hip Replacement Procedures Across the Country

Appendix A contains a list of plotted markets below, showing the Minimum Cost, Average Cost, Maximum Cost, and Percent Differential between the Minimum and Maximum. 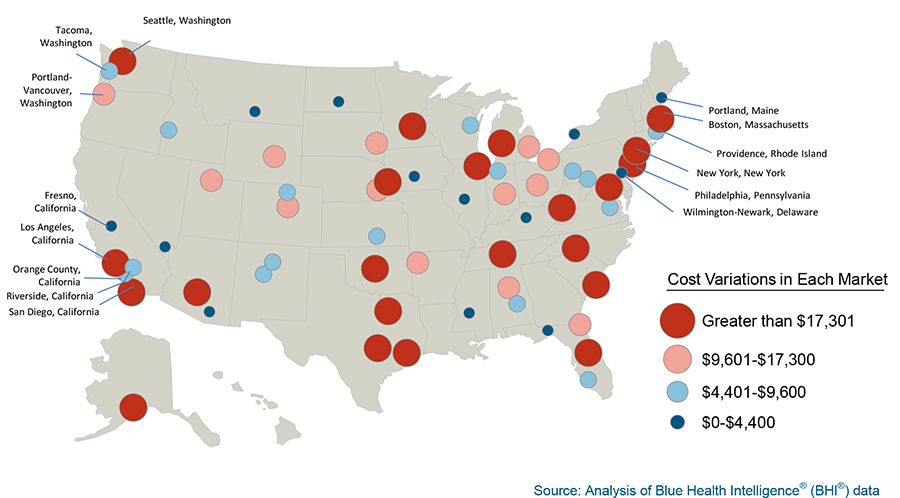 The average typical cost for a total knee replacement procedure was $31,124 in 64 markets that were studied. However, it could cost as little as $11,317 in Montgomery, Alabama, and as high as $69,654 in New York, New York. Within a market, extreme cost variation also exists. In Dallas, Texas, a knee replacement could cost between $16,772 and $61,585 (267 percent cost variation) depending on the hospital.

Similar trends also were seen for the average typical cost for a total hip replacement procedure, which averaged $30,124. However, it could cost as little as $11,327 in Birmingham, Alabama, and as much as $73,987 in Boston,5 Massachusetts, which had the greatest variance within a given market, with costs as low as $17,910 (313 percent cost variation). 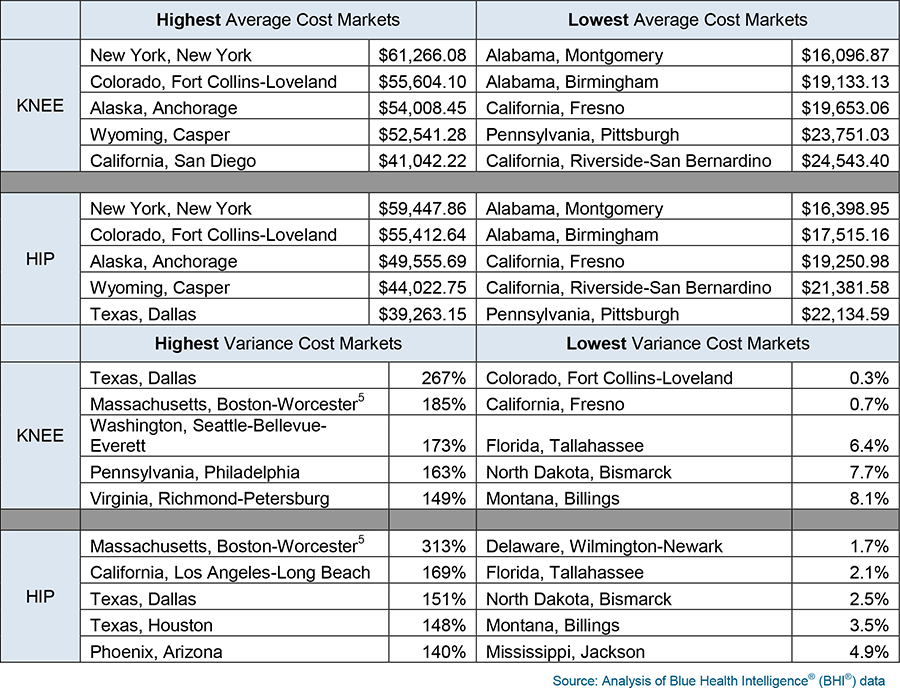 Blue Cross Blue Shield, The Health of America Report analyzed cost variation across the Blue System and confirmed the prevalence of wide price disparities for knee and hip replacement surgeries within and between markets. As more consumers shop for healthcare, insurance companies must use their data to empower consumers and employers with information that demonstrates cost and quality of doctors and hospitals and helps them find the highest value options for care. 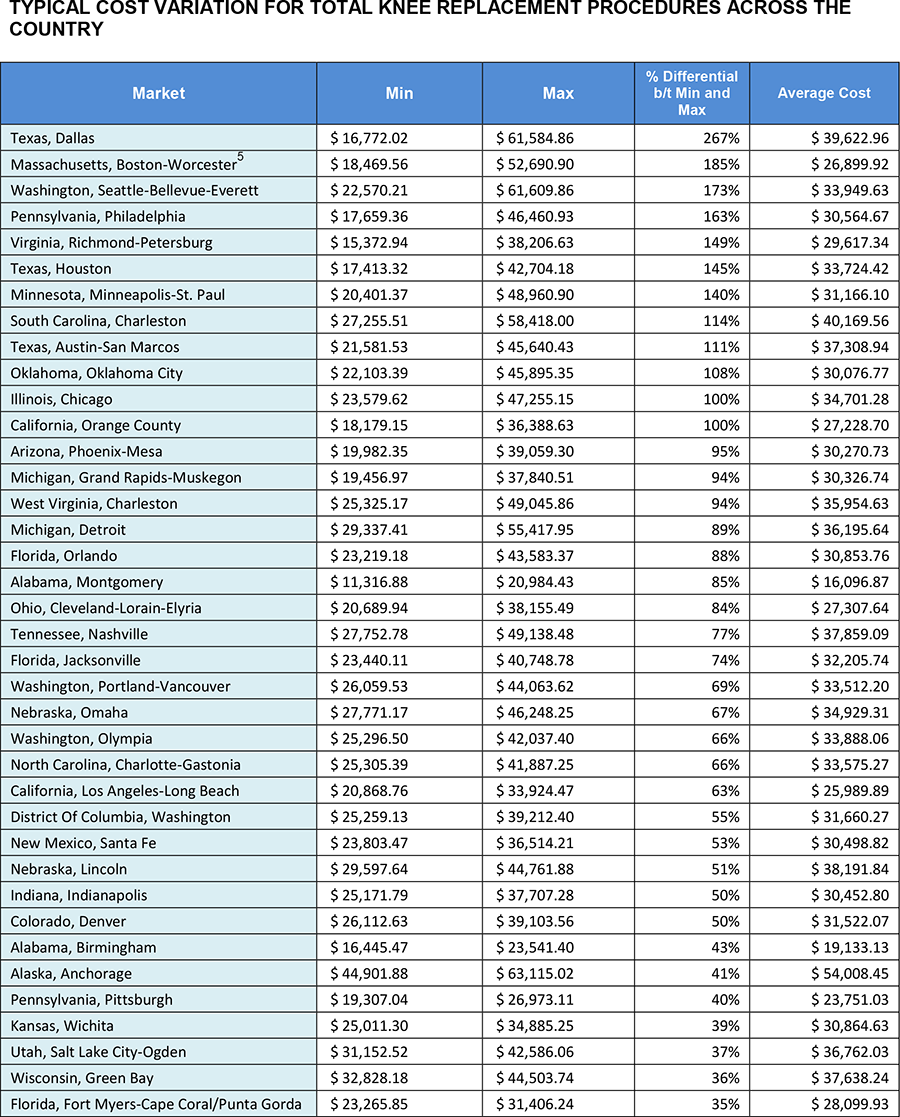 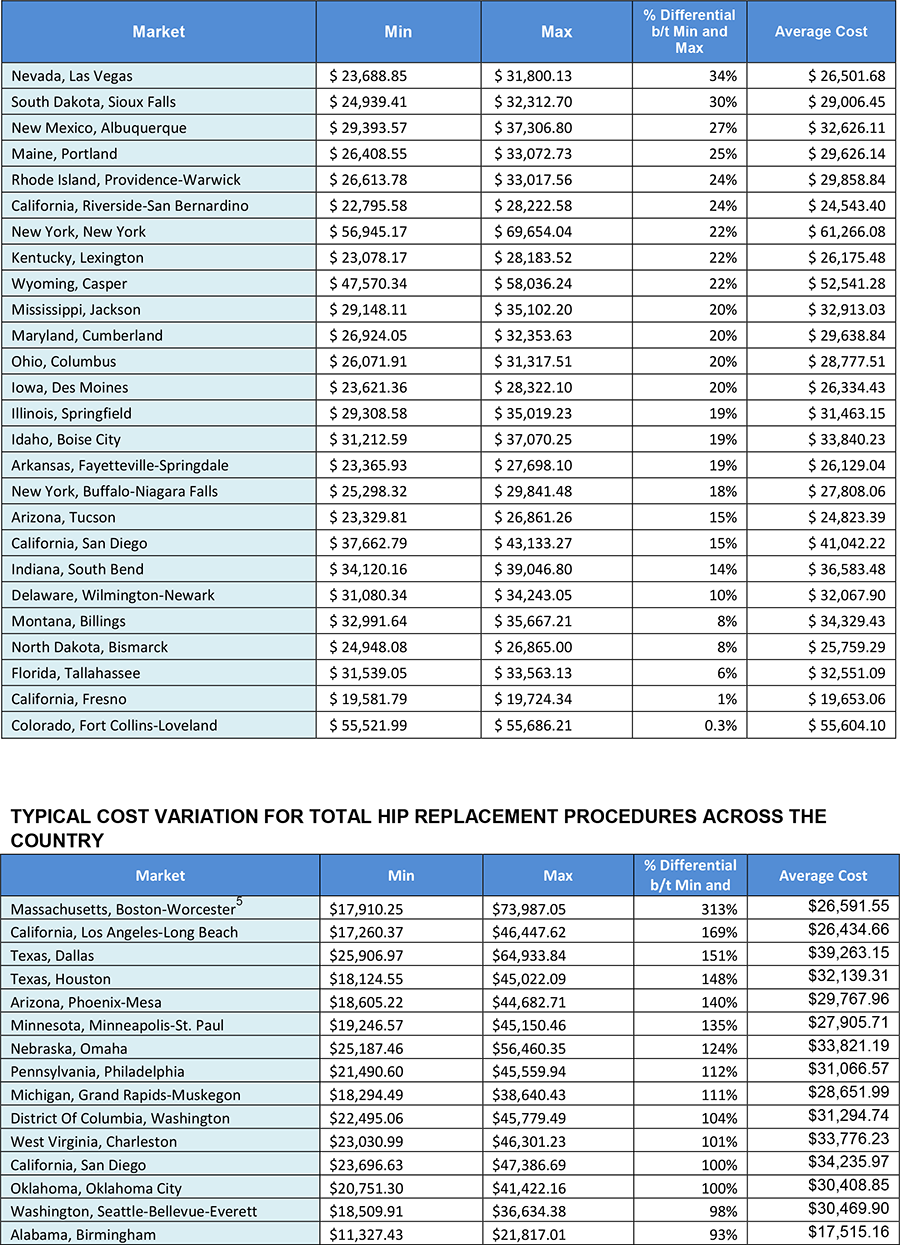 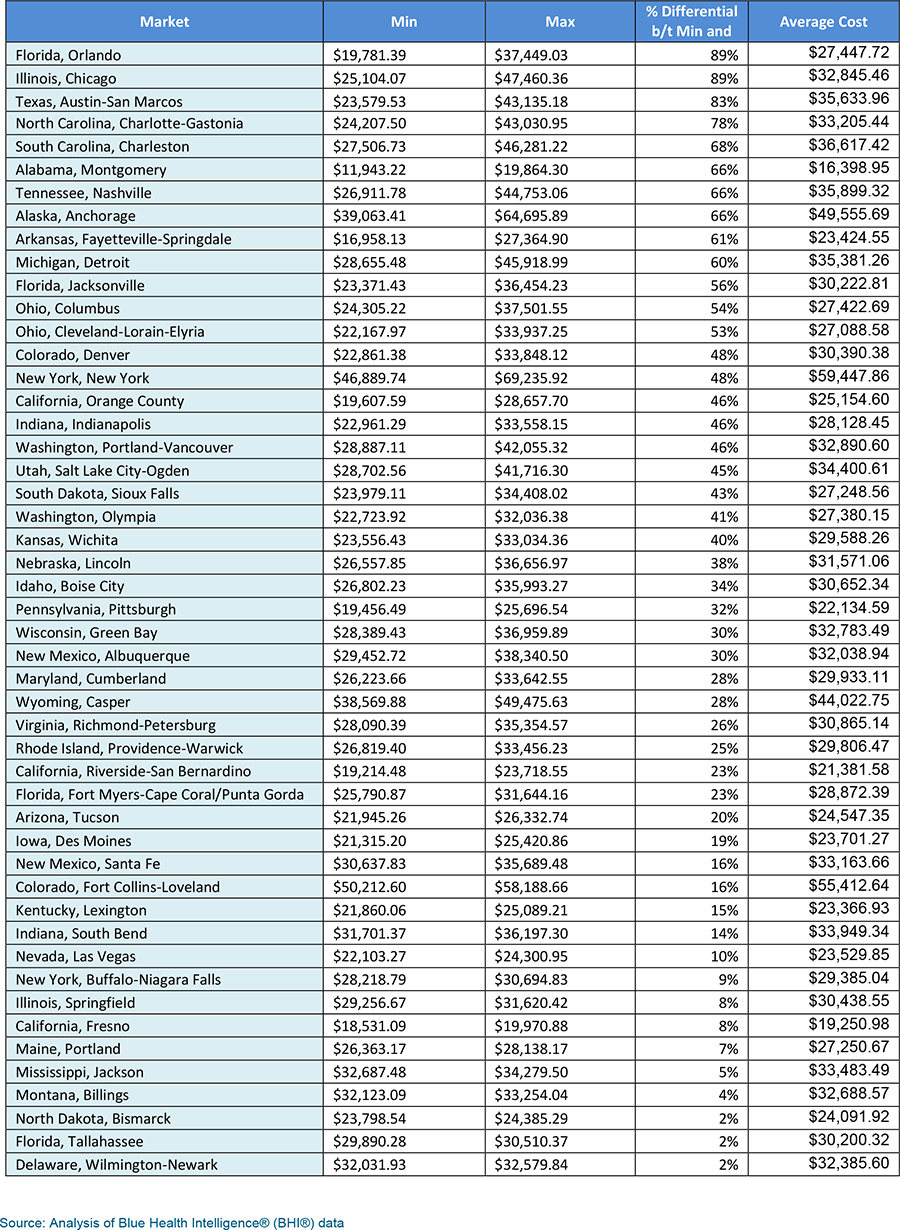 As rising costs put more Americans at risk of not being able to afford their health care, BCBSA has put forth a comprehensive proposal to policymakers to drive legislative change.
Share
Read
Article