Colorectal cancer will take the lives of more than 53,000 Americans in 2020.1 Our research shows that number could rise. Chronic conditions linked to an increased risk for colorectal cancer are increasing, especially among millennials.

Most Americans are not receiving the recommended colorectal cancer screenings.2 Those screenings can help prevent or detect colorectal cancer at an earlier stage and potentially improve the effectiveness of treatment.3 To prevent the spread of COVID-19, most preventive screenings and elective procedures were put on hold, although those restrictions are lifting in some areas.4

This report examines the rate of colorectal cancer diagnoses and preventive screenings, as well as the reasons why two of the most at-risk populations of commercially insured Americans say they avoid or delay screening. Those groups include people over the age of 50 and those with diagnosed Crohn’s or ulcerative colitis.

1. Known risk factors for colorectal cancer have increased substantially, especially among millennials. For this group, Crohn’s disease and ulcerative colitis are up 14%, diabetes 15%, and diagnosed obesity up 100%.

2. People with these known risk factors are at 1.3 to 1.9 times the risk for colorectal cancer than those without.

3. Among people aged 50-55, there is a 50% increase in colorectal cancer diagnoses, highlighting the importance of recommended screenings.

4. About 60% of people 50+ and nearly half of people with Crohn’s or ulcerative colitis aren’t getting screened because of a discomfort with the process or a lack of awareness about the need.

The 2019 Health of Millennials report found double digit increases among millennials for type II diabetes and Crohn’s and ulcerative colitis — prevalence rates significantly higher than in their Gen X counterparts at the same age.

COLORECTAL CANCER DIAGNOSES ARE HIGHER IN THE SOUTH AND NORTHEAST

The overall rate of colorectal cancer diagnoses among commercially insured Americans has remained largely steady across all age groups since 2014, at about 32.7 per 10,000 in 2018 or about 282,000 individuals for both men and women.

The prevalence of colorectal cancer is highest in parts of the South and Northeast U.S. (excluding New England). Rates of Crohn’s disease and ulcerative colitis follow a similar regional pattern with the highest rates in the South and Northeast (See Appendix). Rising rates of these conditions among younger adults increase the risk for higher rates of colorectal cancer in the future. 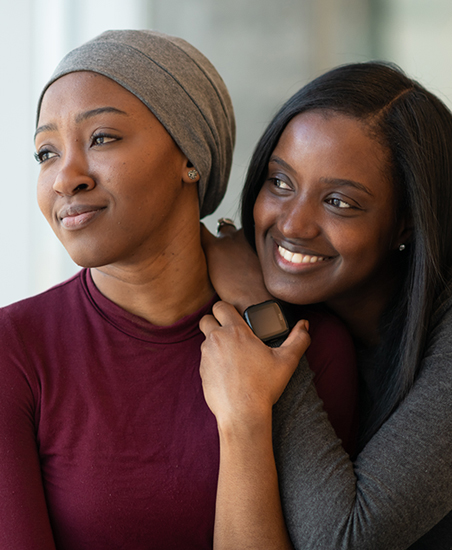 EXHIBIT 3: PERCENT OF ALL COLORECTAL CANCER SCREENINGS BY TYPE, 2018

BCBS AXIS7 INDICATES THAT ONLY A SMALL NUMBER OF PATIENTS BETWEEN THE AGES OF 50-52 ARE GETTING COLORECTAL CANCER SCREENING.

Among the population 50 years and older, most are waiting well beyond their 53rd birthday to begin colorectal cancer screening. BCBS Axis data show that between the ages of 50 and 52, only 30% of this population has been screened. The data also indicate these rates have not improved since 2016, remaining around 30% for ages 50-52.

For those under the age of 50 with Crohn’s or ulcerative colitis, 31% are getting screened in the preceding two years.8

People who delay screening until their late 50s or early 60s are at risk of missing precancerous polyps or detecting colorectal cancer at an earlier stage. BCBS Health Index data indicate a 50% increase in colorectal cancer prevalence between ages 50 and 55 (see Exhibit 4).

To better understand why individuals are not getting the recommended colorectal cancer screenings, BCBSA surveyed more than 1,000 commercially insured Americans. Among those over the age of 50, most (61%) cited attitudinal reasons as the main barrier. Those aged 18-49 with Crohn’s or ulcerative colitis (58%) cited knowledge barriers as the main reason for not having been screened. 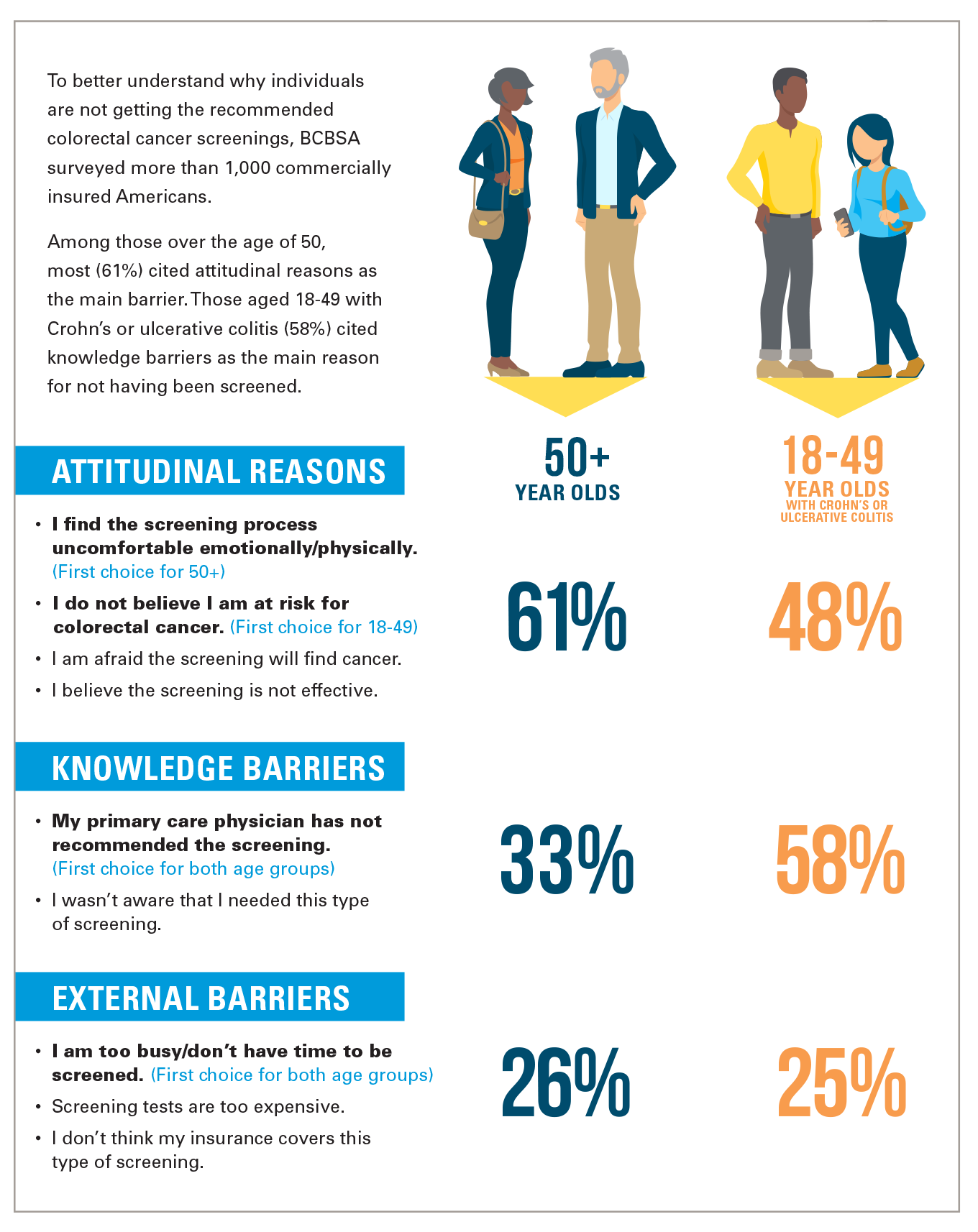 A CALL TO ACTION

People at highest risk for colorectal cancer, including those over the age of 50 and especially those with diagnoses of Crohn’s and ulcerative colitis, diagnosed obesity or diabetes have an opportunity to prevent and catch the disease earlier by receiving the recommended screening. Colorectal cancer prevalence rates increase by 50% from age 50-55, indicating that delaying screening by just a few years can have an impact. Understanding the risks of and managing chronic diseases can also play a significant role in reducing the impact of colorectal cancers. Doctors and patients, working together, can identify the appropriate timing and frequency of screening to reduce the burden of colorectal cancer.

This is the 32nd study of the Blue Cross Blue Shield, The Health of America Report® series, a collaboration between Blue Cross Blue Shield Association and Blue Health Intelligence (BHI), which uses a market-leading claims database to uncover key trends and insights in healthcare affordability and access to care.

The prevalence rates were estimated using BCBS Health Index data between the years 2014-2018. This includes the rates of screening for the 50-52 year old population. Screening rates by age 52 were estimated by selecting those who were 52 in 2018. Colorectal cancer screening was then cumulative for these individuals in 2016, 2017, and 2018. Lifetime screening rates were self-reported through the 2020 BCBSA survey.

FIGURE A: PREVALENCE RATES OF CHRONIC CONDITIONS ASSOCIATED WITH COLORECTAL CANCER BY AGE, 2018

In 2014, Rick Stubblefield felt like a healthy man and showed no signs of cancer. Despite his good health, Rick was over 50 which is why his wife Tami encouraged him to get his first colonoscopy.
Share
Read
Article