In Texas, nearly a quarter of children have no health insurance. About as many live in poverty. That means less access to regular medical care, including disease-preventing vaccines that protect all of us. 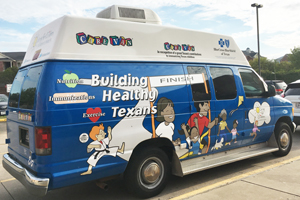 "It’s the only option we have"

Nurse Terri Lyons was piloting that van on a warm weekday evening in fall as she pulled up to Anne Frank Elementary in Fort Worth, Texas to host a free vaccination clinic. She unloaded boxes of donated syringes and vials of vaccine and hauled them into the school library.

Inside the school library, parents and kids began lining up to fill out paperwork and get their kids vaccinated. Nurses readied their shots and bandages in a nook toward the back of the room.

“For the moment, it’s the only option we have,” said one father, in Spanish (we’re not using his name to protect his identity), “since we’ve recently arrived in this country and have no healthcare for the kids. Really, I don’t know what we’d do without a program like this.” 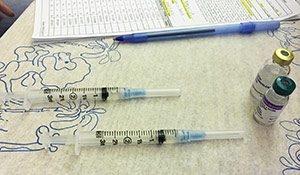 "Here in Dallas and in Houston and El Paso combined, we serve about 20 to 25,000 children a year," Andres said.

"Our philosophy is that no child should have to suffer from a vaccine-preventable disease," she said, “but we respect the parent’s choice." 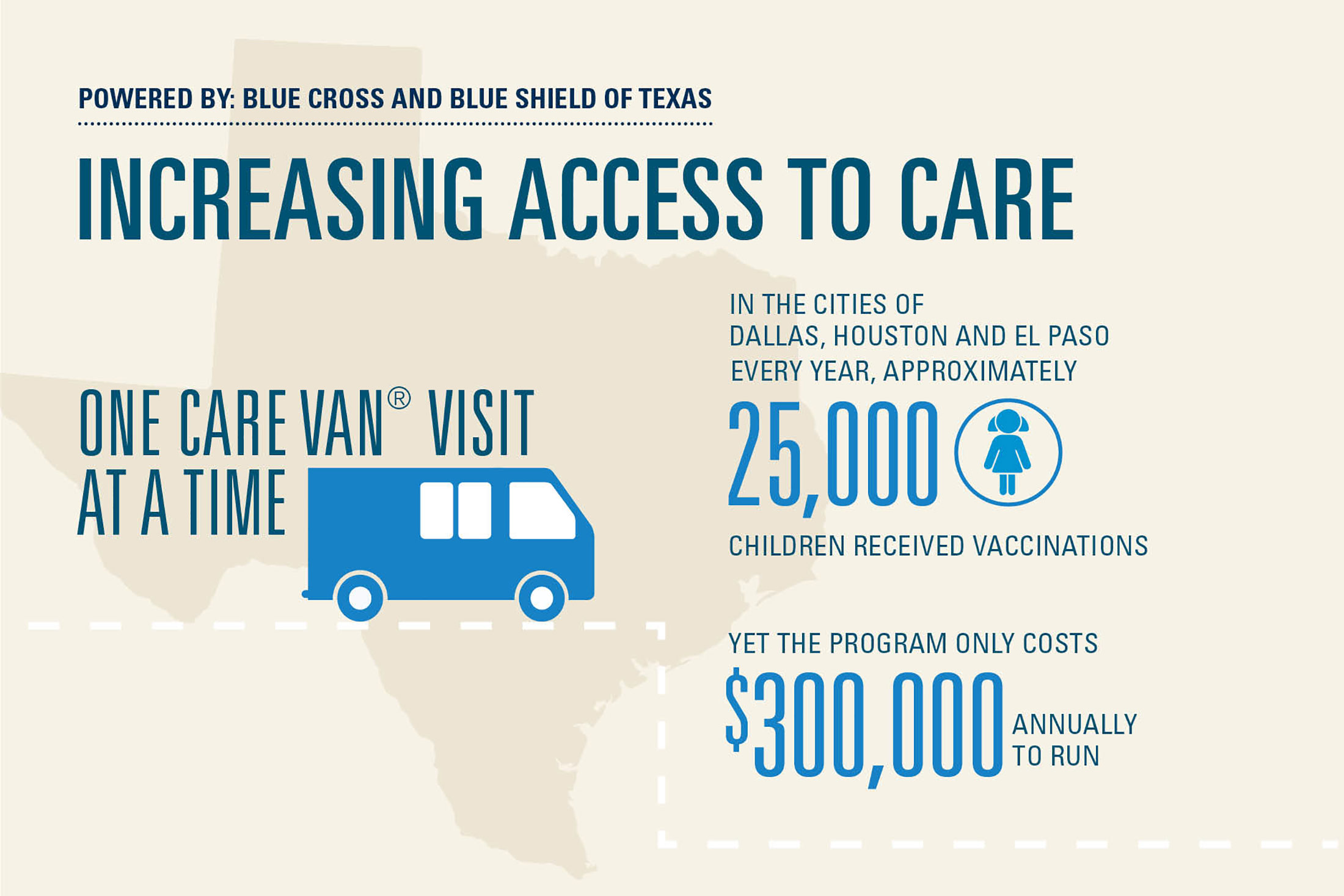 Decades ago, thousands of people got the measles every year in the U.S., and hundreds died. Then came the vaccine and a push to get all children vaccinated. By 2000, the U.S. declared measles eliminated.

In fact, new data from Blue Cross Blue Shield shows that vaccination rates continue to improve among commercially insured children in the US. Seventy-seven percent of children born in 2013 completed their CDC-recommended seven-vaccine series by 2016, up from 69 percent for children completing it by 2013. But there is still wide geographic variation in vaccine rates across the country. For example, in 2016, the seven-vaccine series completion rates for children in the 2013 birth cohort ranged from a high of 86 percent in North Dakota to a low of 63 percent in Nevada. Failure to attend routine well-child visits is one of the main reasons for those lower vaccination coverage rates.

But in recent years, measles outbreaks have been on the rise in the United States. Public health experts say the growing number of pockets of unvaccinated kids is putting one of the greatest public health achievements – the elimination of vaccine-preventable diseases – at risk.

“What we’ve now seen is a 20-fold rise in the number of kids not being vaccinated in the state of Texas over the last decade or so. So this is a recipe for disaster,” says Dr. Peter Hotez, dean of the National School of Tropical Medicine at Baylor College of Medicine and director of the Texas Children’s Hospital Center for Vaccine Development. “We’re now at the point in some areas in Texas where it’s I think practically inevitable that we’ll start seeing breakthrough measles outbreaks. And I focus on measles because it’s such a highly transmissible virus.”

Care Van nurses will continue to do their part by making rounds in communities across the country, keeping the measles and other preventable diseases away from communities, one shot at a time.