Filling a doctor’s prescription for, say, an antibiotic is usually pretty easy. Go to pharmacy. Pick up pills. Take as directed. Done.

But what if your doctor writes a prescription for exercise? Heathy food? More time outdoors? Taking that kind of medicine as directed means more than a trip to the pharmacy. It means changing a lifestyle. For some residents in Boston’s Dorchester neighborhood, there’s new help for following through on healthy prescriptions through a Blue Cross Blue Shield of Massachusetts’ (BCBSMA) designed and funded program called Dot Rx.

A prescription for healthy cooking classes, gym membership, and a peer coach

Over the past year, nearly 35 physicians have written more than 350 Dot Rx prescriptions for patients at Dorchester’s Codman Square Health Center. They’re patients who need a little more help breaking down barriers to better health. The prescriptions give families access to free cooking classes at a local health food store, subsidized rates for YMCA memberships or classes offered through a local fitness center and free access to activities with the Appalachian Mountain Club’s Outdoors Rx program.

What happens next is making the difference for more families. Each patient is matched with a peer coach, like Annette Bartley, who calls to set up a meeting.

Bartley offers to meet at the clinic or wherever they’re most comfortable. She doesn’t pry about medical conditions. “I ask them questions on a survey about what they’re eating, whether they like to go outside, what their health goals are.” She suggests patients struggling with weight loss or even anxiety try to get to the Y and try something for 30 minutes. “In the beginning, if someone is really struggling, I will meet them there,” says Bartley. It’s that sense of accountability, Bartley says, that keeps families engaged. It’s also the fact that she’s been on a journey toward better health herself. “I struggled. I know what it’s like not to have the money you need to get healthy food.”

Filling a need in Dorchester 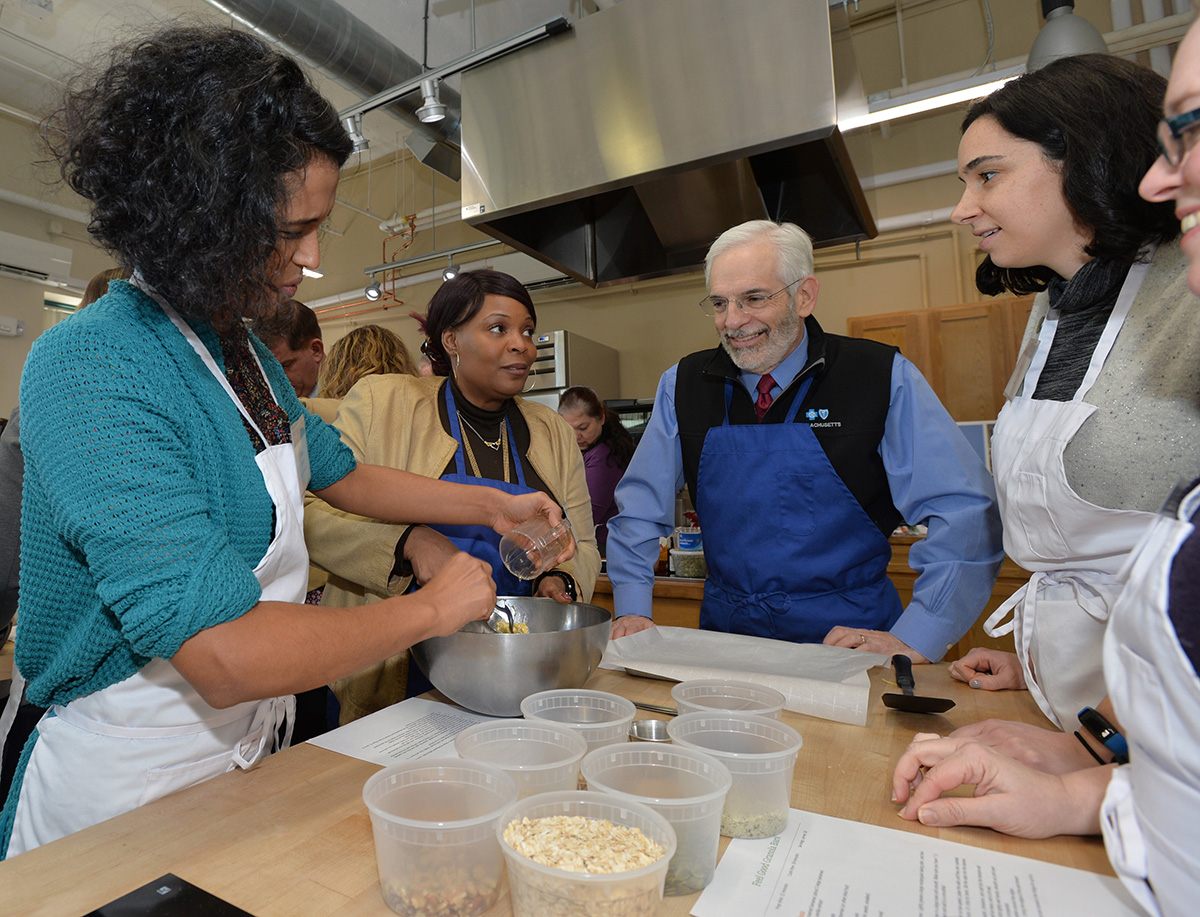 BCBSMA’s Lucy Darragh says the Plan saw the need in Dorchester for a concerted effort to improve health. A recent Boston Public Health Commission report found social determinants of health like poverty, ethnicity and socioeconomic status were having an outsized impact on this community rich in history and culture but lacking in the advantages of wealthier neighborhoods. Darragh and her colleague Brie Tangney believed such a prescription program could make a difference if the right partners were convened. They brought together local nonprofits, including the Codman Square Health Center and an organization that specializes in training peer coaches, to implement the program.

To date, peer coaches have connected with more than a hundred families, and about a third are actively participating in Dot Rx programs.

Darragh and Tangney say more physicians across the country are writing lifestyle, or “social” prescriptions. But they believe few have built a program around that concept to support families along the way – going beyond, says Tangney, simply writing a prescription and telling patients where to “fill” it, such as at a gym. And few, they learned, were tracking results because it wasn’t clear how many prescriptions were being written. So Darragh and Tangney have worked with the health center to ensure the Dot Rx prescription gets included in a patient’s medical record. That way, doctors will be able to learn more about whether the program is making a difference in specific health measures, such as weight or cholesterol.

Peer coach Annette Bartley knows her families face challenges that make staying healthy even harder. “Most are on small incomes,” she says. Most receive federal assistance to pay for housing. “The families I’m dealing with have some kind of stress on a daily basis,” says Bartley. But she says those challenges inspire her to keep her clients focused on the journey. One family couldn’t afford swimming lessons for their boys, she says. So Bartley worked with a local gym to offer lessons and convinced the parents to hop on the elliptical while the boys swam. And sometimes her clients don’t need any convincing. A young woman Bartley had nearly finished working with asked her doctor for a refill on her Dot Rx prescription. She texted Bartley, saying, “I want you to be my coach.”

Blue Shield of CA launches a Wellvolution in digital wellness