At 40, Michael was active and fit, a regular jogger. But when he began experiencing chest pain during his morning runs, he decided to get checked. That’s when he discovered a hidden threat: high cholesterol.

“At the time, I figured my ‘discomfort’…couldn't be heart-related because I was young, I exercised, I wasn't overweight, I didn't smoke,” he recalled.

More than 73 million adults in this country have high levels of LDL or “bad” cholesterol, according to the Centers for Disease Control and Prevention. While high cholesterol causes no symptoms, it poses serious risks, such as doubling your chance of a heart attack.

So just what is cholesterol? It’s a waxy substance naturally produced by your body that plays an important role in the manufacture of certain hormones, Vitamin D and digestive fluids. But if the amount of cholesterol in your bloodstream becomes too high, it forms plaques that become trapped in the lining of your artery walls, constricting the flow of blood. When the plaques break loose, they can form clots that stop the flow of blood, which could trigger a stroke or heart attack. 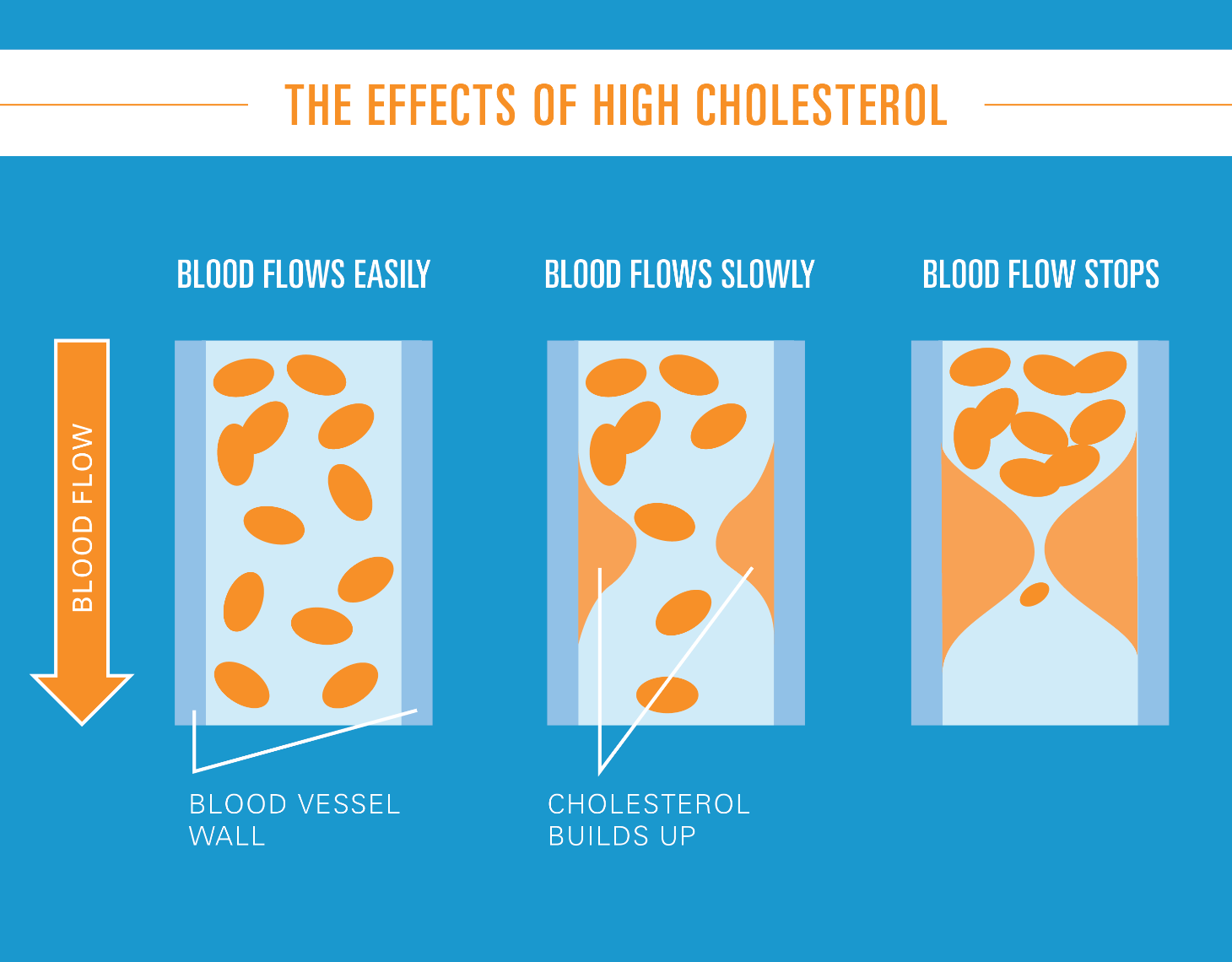 If you do have high cholesterol, there are several ways to improve your cholesterol levels. Your doctor will likely recommend avoiding red meat and fatty dairy foods. You should eat foods high in omega-3 fatty acids, such as salmon, and soluble fiber, such as oatmeal. Lose excess weight, which can have a big effect on your cholesterol. If your doctors clears you to exercise, aim for at least 30 minutes of moderate exercise a day. Refrain from drinking too much alcohol, which can raise the risk of cardiovascular illnesses. And quit smoking— tobacco use can affect your cholesterol levels.

Medications can also help. Your doctor might prescribe one of a class of drugs known as statins, or another type of medication.

In Michael’s case, high cholesterol led to a near complete blockage of three arteries. He underwent bypass surgery to open his arteries. Under his doctor’s advice, he quit eating nearly all meat. He exercised six days a week, a combination of strength training and cardio.

He continued to get regular cholesterol checks, and when his levels rose again, his doctor put him on a medication. That, combined with diet and exercise, has kept his cholesterol under control.

The ‘Spotlight on Health’ series provides a forum for expert perspectives on the top five conditions affecting America’s health today, according to the Blue Cross Blue Shield Health Index. High Cholesterol ranks #4 out of 200 conditions.