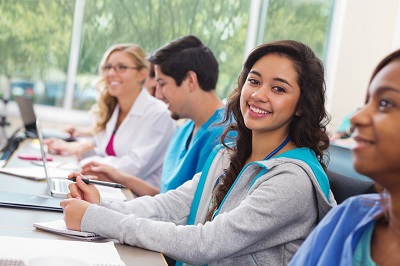 Most people are fortunate to need to visit the doctor just a few times a year, for a wellness visit or occasional illness. Appointments are made and we go on with the day. But for others, a basic doctor’s visit is far more complicated. Millions of people across the United States live in areas with a shortage of primary care physicians, severely limiting their access to the quality care.

According to the Health Resources and Services Administration, nearly 20 percent of Americans live in areas with an insufficient number of primary care doctors. Blue Cross and Blue Shield companies have joined with partners across the country to address this problem. The following are just a few examples of how Blue Cross and Blue Shield companies are working to apply The Power of Blue, the power to make a difference, to address doctor shortages in local communities across the U.S.

Blue Cross of Idaho Foundation for Health- Idaho has a severe shortage of primary care physicians. In fact, the state ranks 49th in the ratio of physicians to population. That shortage is only expected to become more acute given the healthcare demands of an aging population and an influx of newly insured residents.

The three-year program prepares medical school graduates to become family physicians, with a focus on practicing medicine in rural and under-served communities. Approximately 57 percent of the residents who train at the Family Medicine Residency ultimately decide to stay and establish practices in Idaho, increasing access to much-needed care in rural areas.

Blue Cross of Northeastern Pennsylvania provided critical funding for start-up costs as well as a second grant to help cover the construction costs of the Medical Sciences Building.

The college is projected to add 425 qualified practicing physicians to communities throughout northeastern and north central Pennsylvania in the next 20 years, and will continue improving residents’ access to quality care.

To learn more about these programs and other ways Blue Cross and Blue Shield companies are making a difference in their local communities, download the full Investing in America’s Health report.