Last year, Blue Cross Blue Shield Association (BCBSA), in collaboration with Blue Health Intelligence (BHI), explored baseline trends in the prescription drug market. The 2017 Health of America report, “Rising costs for patented drugs drive growth of pharmaceutical spending in the U.S.,” examined the costs of branded and generic drugs and found a steady increase in overall drug spending between 2010 and 2016. This increase occurred despite the fact that inexpensive generic drugs dominated the market, representing 82 percent of total prescriptions filled in 2016.

One would expect the large market share of generic drugs to drive down overall prescription drug spending. But this is not the case. Why not?

To probe into why generic drugs are not reining in prescription drug costs as anticipated, this year, BCBSA and BHI performed a more in-depth review of two types of branded prescription drugs. Spending on these two types—branded patent-protected drugs and branded specialty drugs—has accelerated rapidly over the last eight years. In 2017, generic drugs maintained their large market share, rising to 83 percent of prescriptions filled, while overall drug spending increased by 2 percent. From 2016 to 2017, spending on both branded patent-protected drugs and branded specialty drugs rose even more rapidly at 5 percent and 10 percent, respectively. These trends highlight the underlying cost drivers in the prescription drug market and foreshadow potential surges in overall drug costs in the near future.2 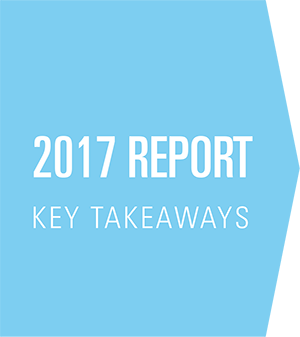 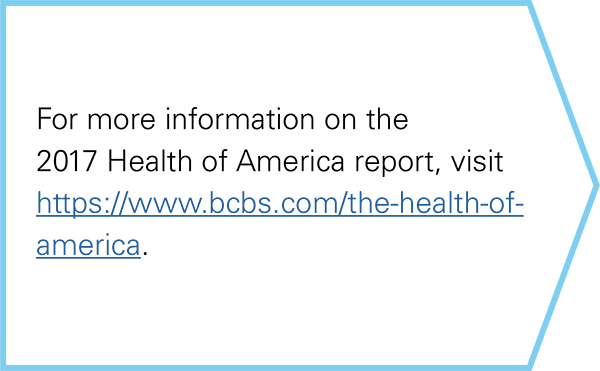 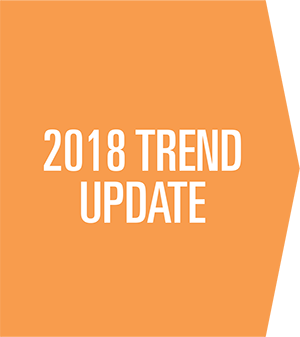 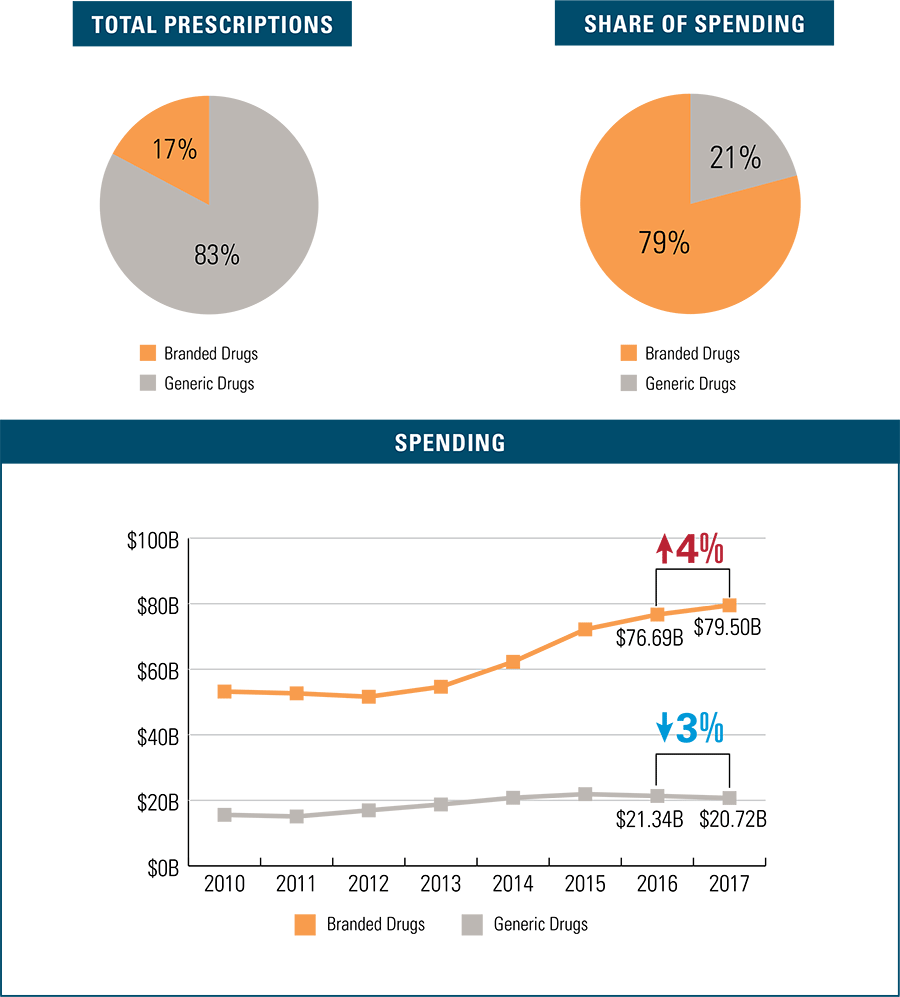 Branded Drugs: A Closer Look at $79.5 Billion in Spending 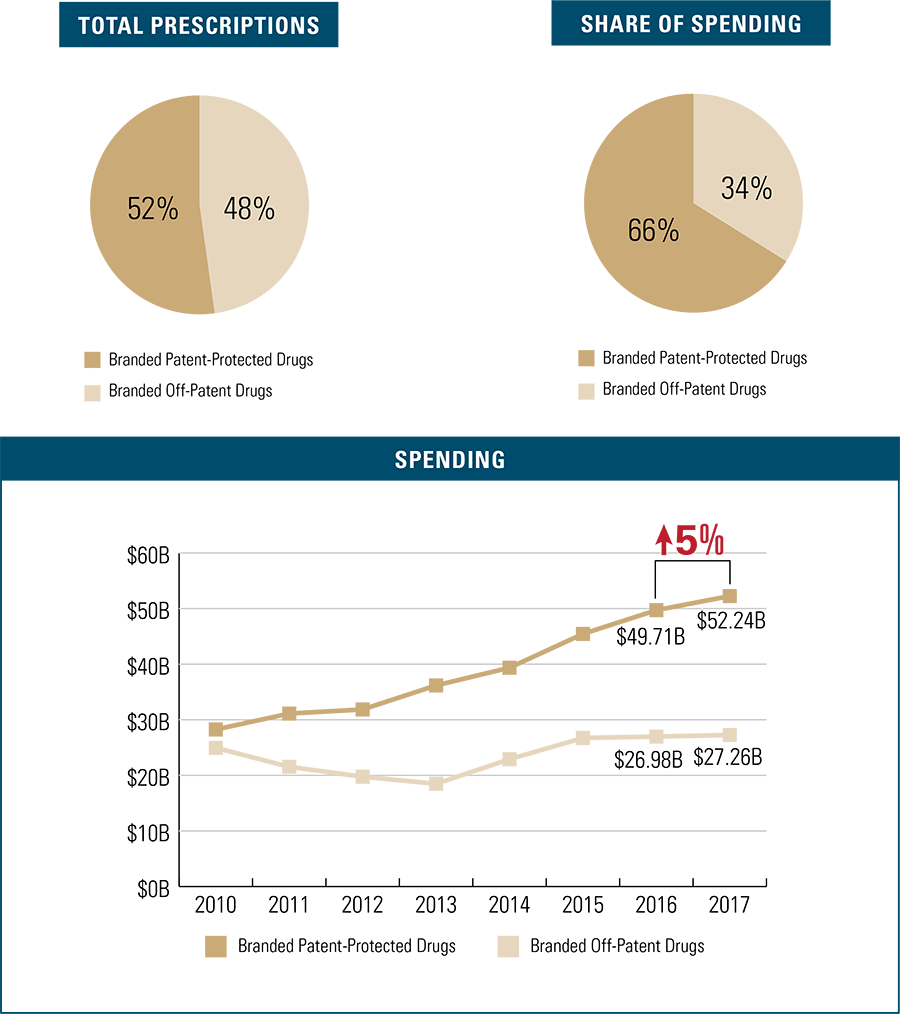 Branded specialty drugs make up a small share of branded prescription drugs filled at 3 percent, but account for 34 percent of branded drug spending in 2017. This is the fastest growing branded drug type in terms of spending—rising 10 percent in just the past year. 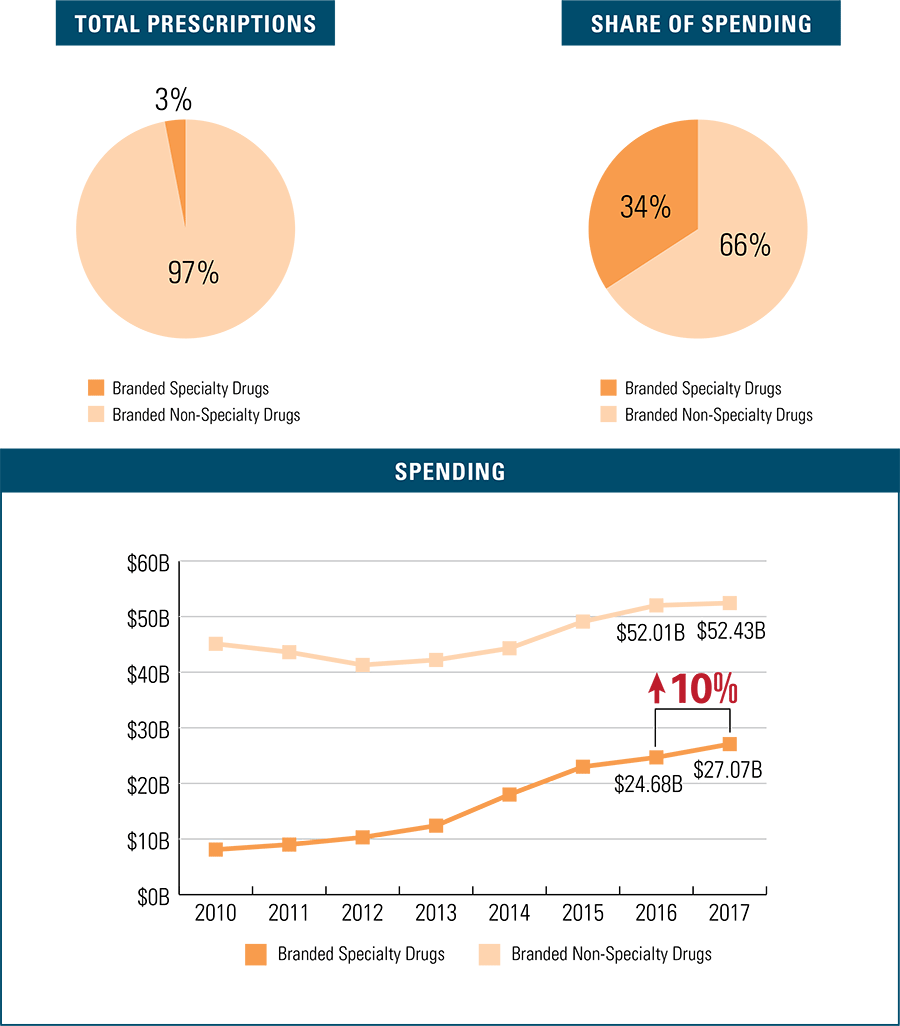 The top 30 medications list includes both branded and generic drug types. Yet 22 of the 30 medications are costly branded specialty drugs, many of which are also patent-protected. Without competitive alternatives to expensive branded drugs, their costs are likely to drive annual upticks in overall drug spending.

This is the 22nd study of the Blue Cross Blue Shield, The Health of America Report® series, a collaboration between Blue Cross Blue Shield Association and Blue Health Intelligence (BHI), which uses a market-leading claims database to uncover key trends and insights in healthcare affordability and access to care.

This report is based on the claims of more than 40 million BCBS commercially insured members (under age 65) each year from 2010 to 2017 that are available in the Blue Cross Blue Shield Axis® database.

Pharmacy claims were used to estimate total spending and utilization. Prescriptions were defined equally regardless of their dosage and up to a duration of 30 days. Prescriptions greater than 30 days were broken out into 30-day increments.

The findings in this report do not include the impact of drug rebates. Drug rebates are given at the level of negotiated contracts, not at the level of prescription drug claims, and vary by a number of factors (e.g., market segment, pharmacy benefits manager, manufacturer, insurer, etc.).

Total spending and utilization results were extrapolated to the entire 88 million BCBS commercially insured population in 2017 and are adjusted for year-over-year membership growth.

In addition to claims data from BCBS members, this study also leveraged external data sources. The information on patents was obtained from the FDA website (as of July 2018) and then matched with the claims data based on New Drug Application Numbers and National Drug Codes. This report defines branded patent-protected drugs as drugs legally protected in the U.S. from being made, used or sold by other manufacturers for a specific period of time. According to the FDA, exclusivity of branded patent-protected drugs “refers to certain delays and prohibitions on approval of competitor drugs available under the statute that attach upon approval of a drug or of certain supplements.”

Specialty drugs were identified by referencing the CVS Comprehensive Specialty Pharmacy Drug List (as of April 2018) and in consultation with the University of Maryland School of Pharmacy. This report defines branded specialty drugs as drugs sold under a brand name and used to treat complex, chronic health conditions, often requiring special handling, administration or monitoring.

Each of the independently owned and locally operated BCBS companies helps members maximize their prescription coverage to get the drugs they need at the most affordable cost. For example, BCBS members are encouraged to use generic prescription medicines, mail order delivery and home infusion, when available, and follow medication plans as prescribed by their doctors.9

For more information and to read past reports from The Health of America Report series, visit www.bcbs.com/the-health-of-america/reports.