Pregnancy and childbirth complications in the United States have increased among all women1 by about 9% between 2018-2020. Moreover, racial and ethnic disparities in those complications persist. Black, Latina and Asian2 women all continue to fare worse than White women when it comes to the likelihood of complications.

Most striking, this trend holds true for all women in this study, suggesting that increases in childbirth complications are rising, regardless of whether a woman has commercial health insurance or Medicaid.3

The severe maternal morbidity rates in this report are a measure of unexpected outcomes at the time of hospital deliveries through six weeks postpartum. These complications can cause serious short- or long-term health consequences. SMM is made up of 21 adverse events known as indicators.7 A woman who experiences one or more of the 21 indicators is considered to have experienced an severe maternal morbidity event.

Note: The SMM rate presented here differs somewhat from that used by the Centers for Disease Control and Prevention (CDC). The CDC’s SMM rate includes only complications occurring during the delivery experience, while the mother is in the hospital. The SMM rates considered in this report include complications through the first six weeks after discharge because a third of SMM events occur during this time.

1. SMM rates have risen about 9% for all racial and ethnic groups in both the BCBS commercially insured and Medicaid populations between 2018 and 2020.

3. SMM rates are consistently higher among Black, Latina and Asian women compared to White women, regardless of age or type of insurance.

4. While SMM rates for all women rise with age, Black women ages 35-44, especially those with chronic conditions, have a 66% higher risk of experiencing an SMM event than White women.

5. Black, Latina and Asian women have higher rates of many risk factors (such as asthma, diabetes or high blood pressure) for SMM than White women.

SMM RATES RISING AMONG WOMEN WITH COMMERCIAL INSURANCE AND MEDICAID

Exhibit 1: Trend in SMM Rates from Delivery Through Six Weeks Postpartum (per 10,000 Births)

SMM rates are rising, in part, because an increasing number of women are entering pregnancy with chronic conditions.8

“Preexisting chronic conditions, such as hypertension and diabetes, strongly correlate with higher SMM and worse pregnancy outcomes. To achieve better outcomes, we need to make sure care before pregnancy is easily accessible and equitable for all women, in addition to robust prenatal care, and ongoing postpartum care to ensure the safety of future pregnancies.” 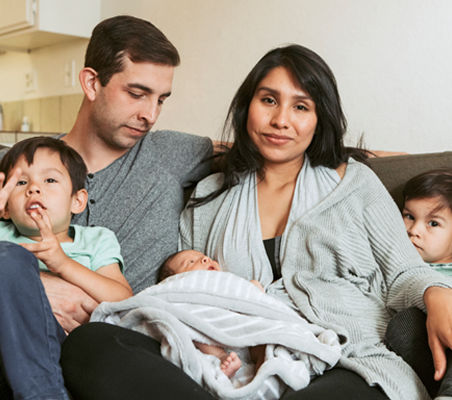 Exhibit 2: Commercially Insured vs. Medicaid SMM Rates by Race and Ethnicity During Delivery Through Six Weeks Postpartum (per 10,000 Births)

WHY ARE THERE DISPARITIES IN SMM RATES?

Health disparities are the result of a complex fabric of social, racial and economic injustice. Recent studies are shedding light on the influence of systemic racism9 on health disparities.

SMM RATES ARE HIGHER AMONG WOMEN OF COLOR, REGARDLESS OF AGE

Across all populations, women ages 35-44 were more likely to have an SMM event than younger women (Exhibits 3a and 3b). However, Black women with either commercial insurance or Medicaid in this age range have 66% higher rates of SMM compared to White women.

Exhibit 3A: Commercially Insured SMM Rates by Race, Ethnicity and Age During Delivery Through Six Weeks Postpartum (per 10,000 Births) (Average between 2018-2021)

Exhibit 3B: Medicaid SMM Rates by Race, Ethnicity and Age During Delivery Through Six Weeks Postpartum (per 10,000 Births) (Average between 2016-2020)

Having certain health conditions before and during pregnancy can increase a woman’s risk for SMM.10 They include chronic conditions such as diabetes, a high body mass index (BMI) or asthma going into delivery. Some of these conditions may have a stronger link to SMM events than others. A list of the risk factors for commercially insured women is included in the Appendix and shows the estimated level of risk (in terms of risk ratio) each contributes to the likelihood of an SMM event.

DISPARITIES IN RISK FACTORS AMONG WOMEN WITH COMMERCIAL INSURANCE

Among women with commercial insurance, the prevalence rate of each of these risk factors is higher for at least one, and sometimes all three, racial and ethnic groups than it is for White women. Prevalence rates are highest among Black women compared to other groups for all risk factors except for those older than 36.

Exhibit 4: Risk Factor by Race and Ethnicity for Commercial Population

DISPARITIES IN RISK FACTORS AMONG WOMEN WITH MEDICAID

For women with Medicaid, a similar pattern in prevalence rates exists, although the disparities between Black and White women are even greater.

Exhibit 5: Prevalence of Risk Factors by Race and Ethnicity for Medicaid Population

DISPARITY IN THE NUMBER OF RISK FACTORS BY RACE AND ETHNICITY

Exhibit 6: Number of Risk Factors by Race/Ethnicity* Among Commercial Women 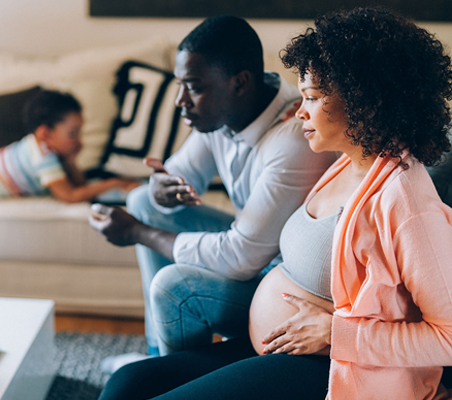 REDUCING THE RISK OF SMM

The data are clear: we must take immediate steps to reverse the trend in rising SMM rates and reduce the disparities in those rates. This work is urgent for women with either commercial insurance or Medicaid, especially for Black women ages 35-44 with one or more risk factors. Health care providers and health plans can take immediate action to:

WHO IS AT HIGHEST RISK FOR SMM?

Black women ages 35-44 with multiple risk factors are at the highest risk. In this age range, Black women have a higher prevalence of risk factors than women of other races and ethnicities. Research11 has shown these risk factors, such as chronic conditions, may be linked to the cumulative effects of systemic racism.

The trends in maternal health disparities are unacceptable. Reversing the trajectory of those trends, like the rates of SMM highlighted in this report, cannot rest on the shoulders of women and health care providers alone. It will take the collective efforts of the health care system, including providers, insurers, policymakers and the nonprofit and private sectors.

Guided by efforts already underway at BCBS companies, we have identified 10 tangible steps to address the health disparities highlighted in this report:

2. Provide access to cultural humility and unconscious bias training for everyone in the maternal care continuum.

3. Include nurse-midwives and birthing centers in provider networks and design programs to increase education and awareness for health plan members.

8. Join and participate in a Perinatal Quality Collaborative.12

10. Amplify programs of special significance such as vaccination programs with a focus on COVID-19 and influenza.

We call on leaders in the public and private sectors to support these 10 actions as well as to advocate for policies that will make a meaningful difference in maternal health:

Congress should pass the Congressional Black Maternal Health Caucus’ Momnibus package, which outlines steps to improve health outcomes for pregnant women and mothers of color, their babies and their families.
States should adopt the American Rescue Plan Act provision that gives states the option to extend Medicaid coverage from 60 days to a full year postpartum. Forty-three percent of all births in the United States are to women covered by Medicaid.

One organization alone cannot undertake all of these actions, all at once, to reduce the impact of health inequities women of color face today. However, we must act now to make incremental progress together, with critical roles for health insurers, providers, communities, policymakers, patients and allies. Learning from this data and acting, together, is the path toward safer pregnancies, deliveries and postpartum experiences for all women.

The claims-based measure of maternal morbidity used in this report leverages the Severe Maternal Morbidity (SMM) methodology established by the Centers for Disease Control and Prevention.13 For the commercial population, 3.1 million hospital deliveries were identified from January 1, 2018 to December 31, 2021 through BCBS claims. For the Medicaid population, 7.8 million hospital deliveries were identified from January 1, 2016 to December 31, 2020 by the National Opinion Research Center through claims from the Transformed Medicaid Statistical Information System (T-MSIS).14 The rate of SMM is the presence of one or more of the CDC’s defined 21 indicators present for a given delivery and scaled on a per 10,000 delivery basis. An indicator is identified for a woman experiencing one or more events during a delivery hospitalization and up to six weeks after delivery. This merges the CDC SMM measures during delivery hospitalization with SMM measures occurring after delivery discharge and therefore increases the likelihood of capturing some SMM indicators that could occur in the postpartum period.

Race and ethnicity identifiers in T-MSIS are typically self-reported by individuals and ultimately submitted by the states; however, states may not collect or submit complete data each year. Overall race and ethnic subgroups from Medicaid represent all mothers who meet study inclusion criteria and have a listed race and/or ethnicity. National-level results include race and ethnicity identifier information from all 50 states and the District of Columbia. For state-level subgroup analyses provided in the Appendix, only states with sufficiently high data quality (per the Mathematica Data Quality Atlas) are included. Data quality from states varied in terms of completeness of claims and eligibility information; enrollees and claims data were assessed on a per-record basis for study inclusion.

The report was also developed with the support of The National Opinion Research Center (NORC) at the University of Chicago Analysis to identify births, complications, and risk factors in the Medicaid population was performed by and includes data from NORC.

Risk ratios measure how often an SMM event occurs among those with that risk factor versus those without it. For example, women with diabetes are three times more likely to have an SMM event than women without. That amounts to a risk ratio of 3.0.

These are a select number of the most common risk factors, present in at least one out of every 100 commercial deliveries, and their corresponding risk ratios. Each may increase the likelihood of experiencing an SMM event by at least 70%.